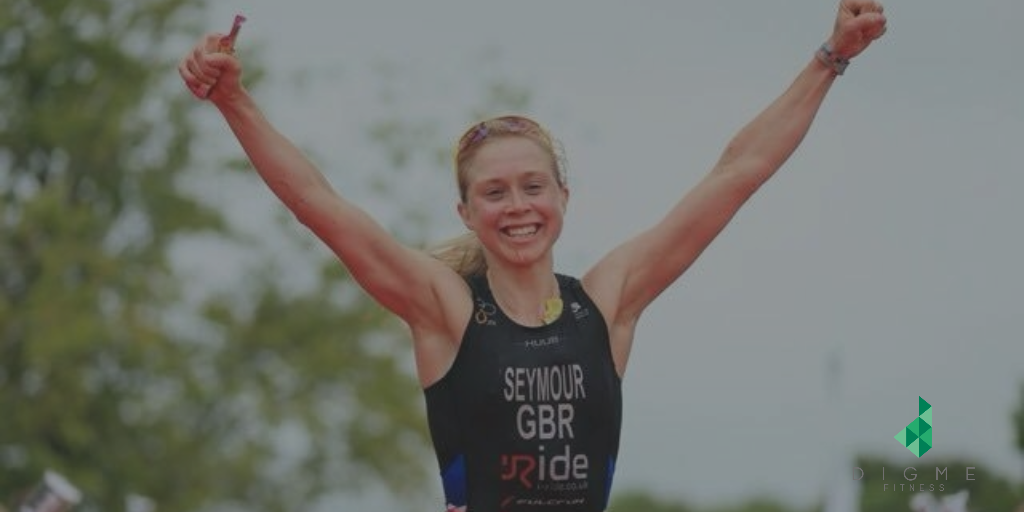 From GB hockey player to professional triathlete, with a doctorate in psychology sandwiched in between, Natalie Seymour’s story is as interesting as it is inspiring.

After her latest training session at Digme Fitness Richmond, the 29-year-old gave us a glimpse into her life with this Q&A…

Q: How did your journey to elite sportswoman start?

NS: I was one of those kids who did every sport going. Every night I was out doing something – swimming, athletics, you name it. I was good at netball and we had a strong team at school. When I got to about 15 I had to pick one sport to pursue seriously, and I chose hockey. Hockey gave me the best opportunity at that point and I went into a talent development scheme.

Sometimes I wonder what if I’d picked a different sport, but I knew even then that whichever one I chose, I wanted to do it at the highest level and compete with the best.

Q: Describe what it was like being part of the London Olympics in 2012?

NS: I was first reserve for GB at London 2012 so I was with the squad the whole way through and stayed in the Olympic village, but I didn’t get to play and I didn’t get a medal (GB won bronze). It was a case of real mixed feelings. I’d been training hard with the squad towards it for three years, so not being able to perform was tough. But on the other hand it was an amazing experience being part of it all, getting kitted out and being at the opening ceremony. There were others in the wider squad who didn’t get to experience what I did despite training for three years.

As an athlete you want to be performing, so it was hard not being able to do that. But it was still a great time to be involved in hockey and I’m grateful for the opportunity the central programme gave me. I had an important job to support the squad and I was proud to be part of it.

Q: What made you turn to triathlon after you retired?

NS: After the Olympics I applied to do a doctorate in clinical psychology and got a place, starting in September 2012. Full-time work was huge lifestyle and culture shock after being in the hockey bubble for so long. I really doubted it, but knew I had to give myself time and work out what I wanted to do.

I ran a lot and would cycle to and from uni. That’s when I started thinking triathlon would be good. You can train when you want; you don’t have to be with a squad at set times.

I had some good results as an age grouper in races. Then when I finished my studies at the end of 2015 I decided to turn pro. When you’ve experienced elite sport and training full time, you want more of it. I wanted a new challenge this year and see how I could compete with the best in the world. Plus I’m not getting any younger!

In May this year I decided to work part-time and I’m reaping the benefits. I work three days a week as a psychologist for a charity called Mac UK, which helps young men who are at risk of getting into gangs. I would love to work with athletes at some stage in the future.

Q: What’s the hardest thing about what you do?

NS: Doing the easy stuff well. It’s hard to do the easy sessions with the same attention to detail as the hard sessions and realising the importance of it. Balancing training hours with working is also hard. You’re not earning much money as a new triathlete. It’s a longer process than you might want to get to being full-time.

NS: The lifestyle and the challenge. It challenges me every day. You can get so far on a bike and see so many amazing places that you wouldn’t see otherwise.

Q: What are your hopes for this season and next?

NS: I want to qualify for the 2017 World 70.3 Championship as a professional. It’s in Chattanooga, Tennessee. You need a certain number of points over your best five 70.3 races to qualify. Dublin (in August, second place) was a really good marker for trying to achieve that goal. Weymouth is my next event, on 11th September. Dublin shows it’s achievable but it’s a big aspiration. I saw this first year as about gaining experience; next year will be about competing and hopefully training full-time. It’s about slowly improving.

Q: How is Digme Fitness helping you with your training?

NS: It’s helping me loads. I’m known for training and racing on feel. It’s not that I don’t like numbers, but I have to have a specific reason to use them. Digme’s options for using power is already showing massive improvements in my bike performances. My coach can set me specific goals and sessions.

I’m a new pro and Digme is a new company, so it’s great to be part of something together and progress together. When I spend days at the studio it’s nice to feel part of a team. Training can sometimes get lonely and it’s an isolated life at times, but when I train at Digme I feel like I’ve gone out to work for the day, got my training done and had some company, too. 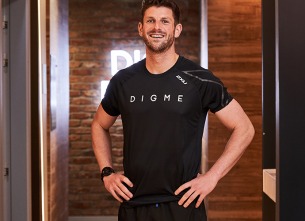 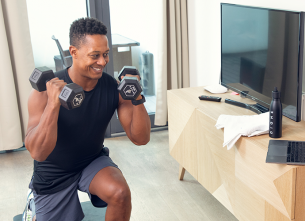 GET TO KNOW OUR STRENGTH WORKOUTS

Efficient, effective, and explosive - but which class is for you? 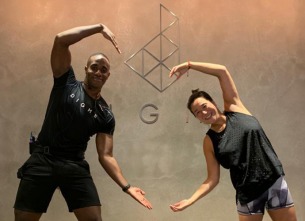