Caoimhe: back in action 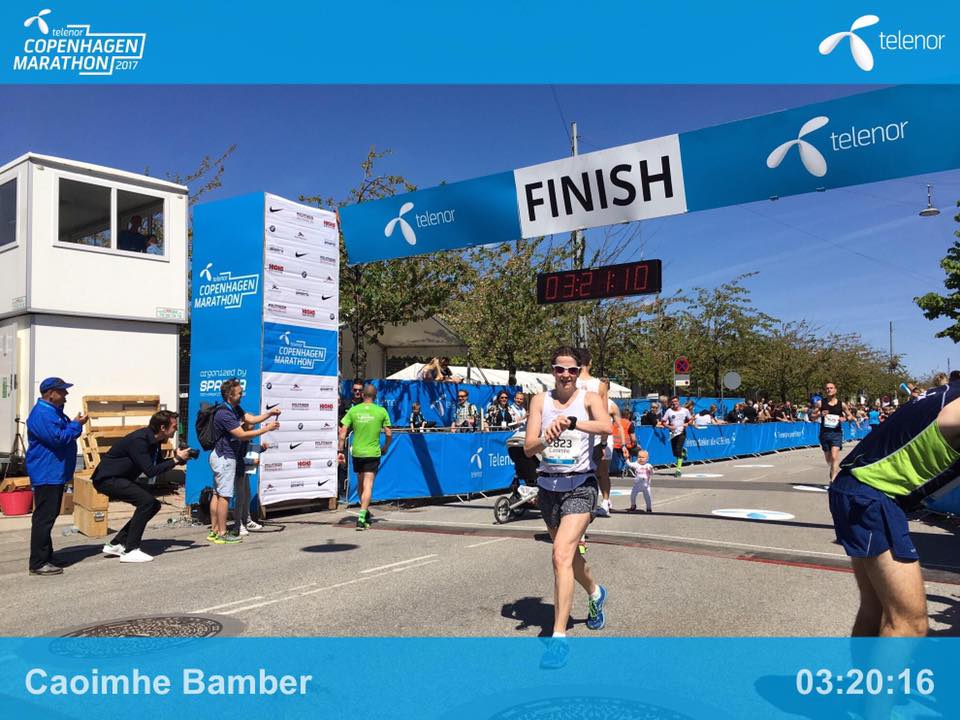 Digme’s Founder, Caoimhe Bamber, recently smashed her goal of running the Copenhagen Marathon in 3hr 20, bagging a negative split and finishing second in her age group in the process.

Her achievement is even more impressive given that in the past year she has given birth to her second baby, Ben, and has launched a new business, so we caught up with her in her first week back from maternity leave to look back on an eventful 12 months…

It’s been a very different maternity leave from the one I had with my first, Alex, that’s for sure! With Alex, I was working at a City law firm, and I switched off my Blackberry and had a complete break from work for the first time ever.

During this time, I had an epiphany that I didn’t want to go back to the City. I resolved that if I had to be away from my kids, it would have to be for something I was hugely passionate about.

I started working on the vision for Digme and slowly it came to fruition. I then fell pregnant with Ben, and it turned out that his due date and the scheduled opening date for Richmond were the same day – 18th June. He came two weeks early, and it was a very strange scenario, having worked on something for a year and a half, only to go on maternity leave just as we launched.

In the early days it was easy to work on Digme because Ben slept so much, but it became increasingly difficult as the months went on. I have mixed emotions this week as I’m emotional about Ben starting nursery, but it’s nice to be back in Digme. I’ve had so many ideas going round my head, it’s great to be back and working on them.

Training for the Copenhagen Marathon was also a very different prospect from earlier in my running career. I used to run loads of marathons in the mid Noughties, until I fancied a new challenge and switched my attention to ultra endurance events like ultra marathons and Ironman.

After I had Alex (in 2013) I tried to carry on with triathlon but it was just too hard to juggle. Running was easier to squeeze in as I could run with Alex in our Bob stroller, whereas long bike rides and trips to the pool required big chunks of time away from the family. So after Ben came along I decided to focus on marathons again.

When I trained for marathons in the past, I’d do 20 hours training a week which was very focused – track sessions, hill running, long ones, weight training etc. I put in so much time and effort, but for Copenhagen it was pared right back. I did three to four spin classes a week, a couple of runs with the pram and a solo longer run on a Sunday.

When I entered back in January, life was so busy, but writing my goal up on the community board in Digme at the beginning of February was what got me going. Writing something up for the world to see gives you enormous motivation to do it.

I wanted to set a realistic target and 3h 20 felt like the right time. I was thrilled with how it went on the day. I’d worked out the splits, and I ran them exactly to plan which was so pleasing.

I’ve run many of the big city marathons but never Copenhagen, and it was awesome. It was superbly supported – I barely even noticed I was running for the first 30km. My brother also lives there so that was a bonus. 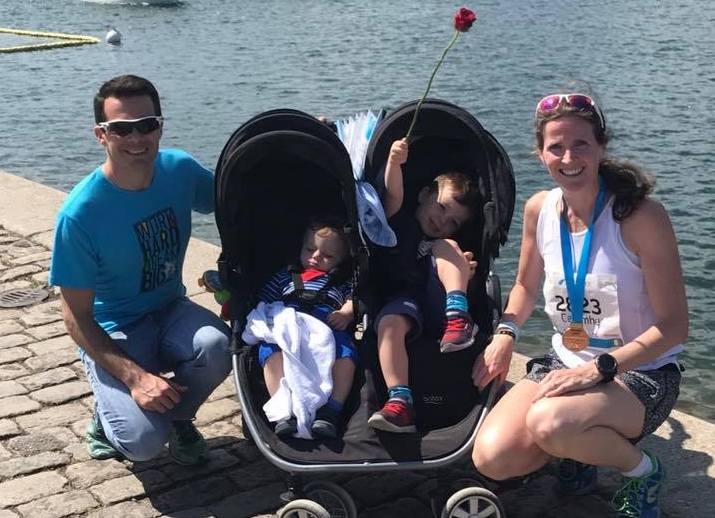 Alex, Ben and Geoff were cheering at various spots and it was such a lift to get high-fives from the boys. Alex wrote me a good luck note, which I tucked into my shorts pocket. Whenever I felt tired or started to hurt, I’d think of that piece of paper in my pocket.

The last point I saw the boys before the finish was at 39km and it was a magical moment. Geoff ran along with me for a bit, then we both looked down and Alex was there running alongside us as well – it was so cute. I kept replaying that image in my head until the finish line and it totally got me through.

Another wonderful moment of the weekend was the children’s race the day before. Alex was so excited and had been talking about it for days. He put his Kona Ironkids t-shirt and cap on, his new trainers on and ran it with Geoff. My brother, Ben and I cheered them on. He went all out and was panting at the finish line. It was such a great moment and he absolutely loved it – he even wanted to do it all over again!

The big surprise from Copenhagen was how fit I was just from Digme spin classes. They helped a lot mentally, too – getting used to that feeling of discomfort but having to keep going and digging deep.

I’ll probably try to do an autumn marathon - maybe Dublin, which I’ve done before, or Amsterdam, which I haven’t. My target is going to be 3h15 this time! I qualified for Boston, New York and London, so I need to work out which ones I can feasibly do next year.

For now though I’ll be focusing on opening Blackfriars. It’s great to be coming back to work at such an exciting time. This one has been a long time coming, and after all the lengthy planning delays, we are all really excited and can't wait to have it finally up and running.