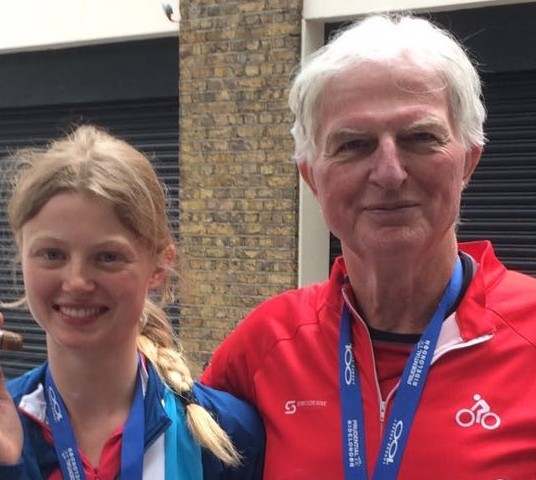 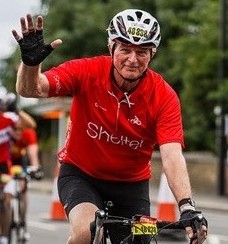 We’re inspired each and every day by the people who come into our studios, sweat, work hard and leave with a feeling of achievement. Everyone who comes to Digme Fitness has a different story, and sometimes certain stories simply have to be told. That’s what this blog series is all about: sharing achievements from our communities which will impress and inspire you.

We’ll start with Robert Wesley, a 74 year old who is training at the Richmond studio to prepare for the Ride 100 event in London this summer. It’ll be the second year in a row he’s completed the 100-mile race, which features two hills - Leith Hill and Box Hill - that would make many men half his age quake in fear.

In his own words…

“I’ve been cycling in and around London for more than 40 years, and these days I do lots of cycling events with my daughter, who’s 27. We don’t stick together as she’s much faster than me, but it’s fun for us to do together and we did the Ride 100 last year.

It’s a really fun event with a great atmosphere. It’s also a good opportunity to get some training in during the nicer months of the year. I’m trying to build up to it at the moment.

I heard about Digme through Jess McDonald, who has to straighten me out with a massage every now and then. She brought me as her buddy and I really enjoyed it so have started coming regularly.

I’ve never come to a class like this, but I’m glad to have discovered it. It’s a great studio with a fantastic buzz around the place. Once you get to grips with the technical bits, it’s brilliant. There’s a nice camaraderie and friendly instructors, and the facilities are lovely.

I have a static bike at home to get my knees moving – I’ve had a couple of knee replacements in the last four years – and I like to ride everywhere. I still cycle into London regularly. It can be dangerous but you get to know your routes and I know where most of the tricky spots are.

It’s certainly not as scary as cycling in Hong Kong, where I lived for six years when I ran a trading company.

My father died aged 92 and was still riding his bike the week before, so I plan to do the same. I’ve had some good advice on heart rate from Dan, Digme’s Head of Fitness, and my own doctor on heart rate and how hard I should be pushing myself in a class.

I’ve always been sporty. I played football until I was 45 and cricket until about three years ago. I still play real tennis, too.

We’re planning to do the Cape Argus in Cape Town next year. It’s a beautiful ride which starts in Cape Town harbour and goes almost all the way down to Cape Point and back. I was supposed to do it last year but came down with food poisoning a few hours before the start unfortunately and had to pull out.

Next month I’ve got the Finchley 50 which is good fun, and we’re doing one of the Dragon rides in Wales soon, too – one of the shorter distances, mind.

I ride a Pearson’s bike – the ‘Upandatem’ model. They’re brilliant in the shop in East Sheen – very knowledgeable and helpful. I’d recommend them to anyone.”

Look out for the next in our Inspiration series, coming soon…