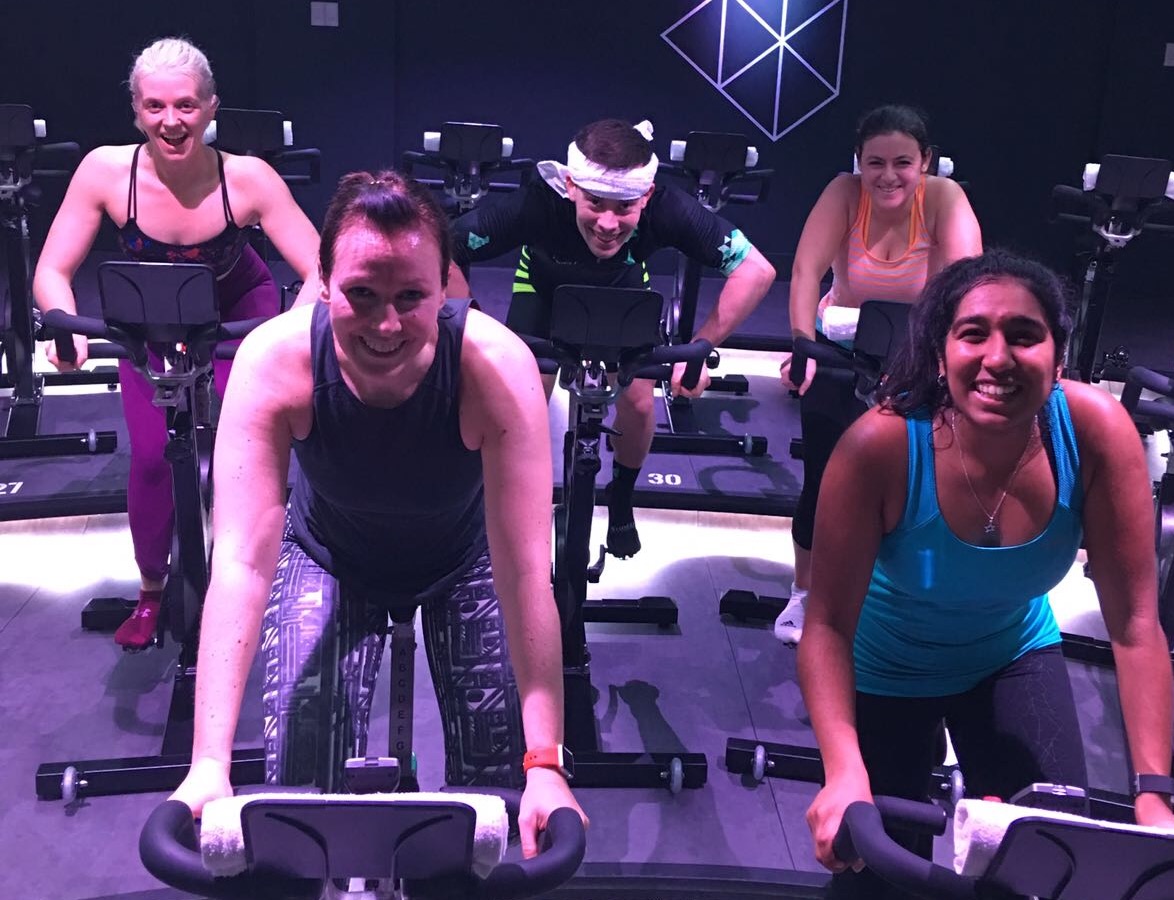 Zoe de Toledo completed the 12 Sweats of Christmas last month despite missing two weeks through holiday and illness. She's loving the benefits of her dedication - here's an update on her fitness progress and what's up next for 2017...

Last month I took on the 12 Sweats of Christmas challenge, initially thinking it would be easy. However, after being in the US for six days (doing no exercise), and then spending another week being very sick, I ended up cramming a lot of sessions into the last 10 days of the month.

After eight sessions in 10 days, I already felt myself getting addicted to the endorphins and intense satisfaction of having completed each class. I even relished the muscle aches of the next day.

A couple of classes stand out – one THREE session that finished with a flat out 60 second sprint on the SkillMill definitely left me questioning my life decisions; the Christmas Ride orchestrated by the amazing Zaneta and a live DJ was the most fun spin class ever (especially the clever team races); and my last ride of 2016, where we were pushed to the limit, resulting in a nice little PB for my average wattage.

The 12 Sweats was a great way to stay in control over the festive period, and although I did overindulge a little more than I would have liked, I didn't feel too guilty about it as I knew I had earned (at least most of!) my treats.

As always the staff in Oxford were hugely encouraging, especially during the Christmas Eve morning THREE class – an awesome sense of pulling together and working as a team.

The next challenge for me is going to be the January Sweat Week - seven classes in seven days. I’m away on the weekend though, and have a full timetable at medical school during the week, so it'll be a tough ask to fit seven classes into five days, but I'll give it my best shot!